Historical Doctrine of the Church 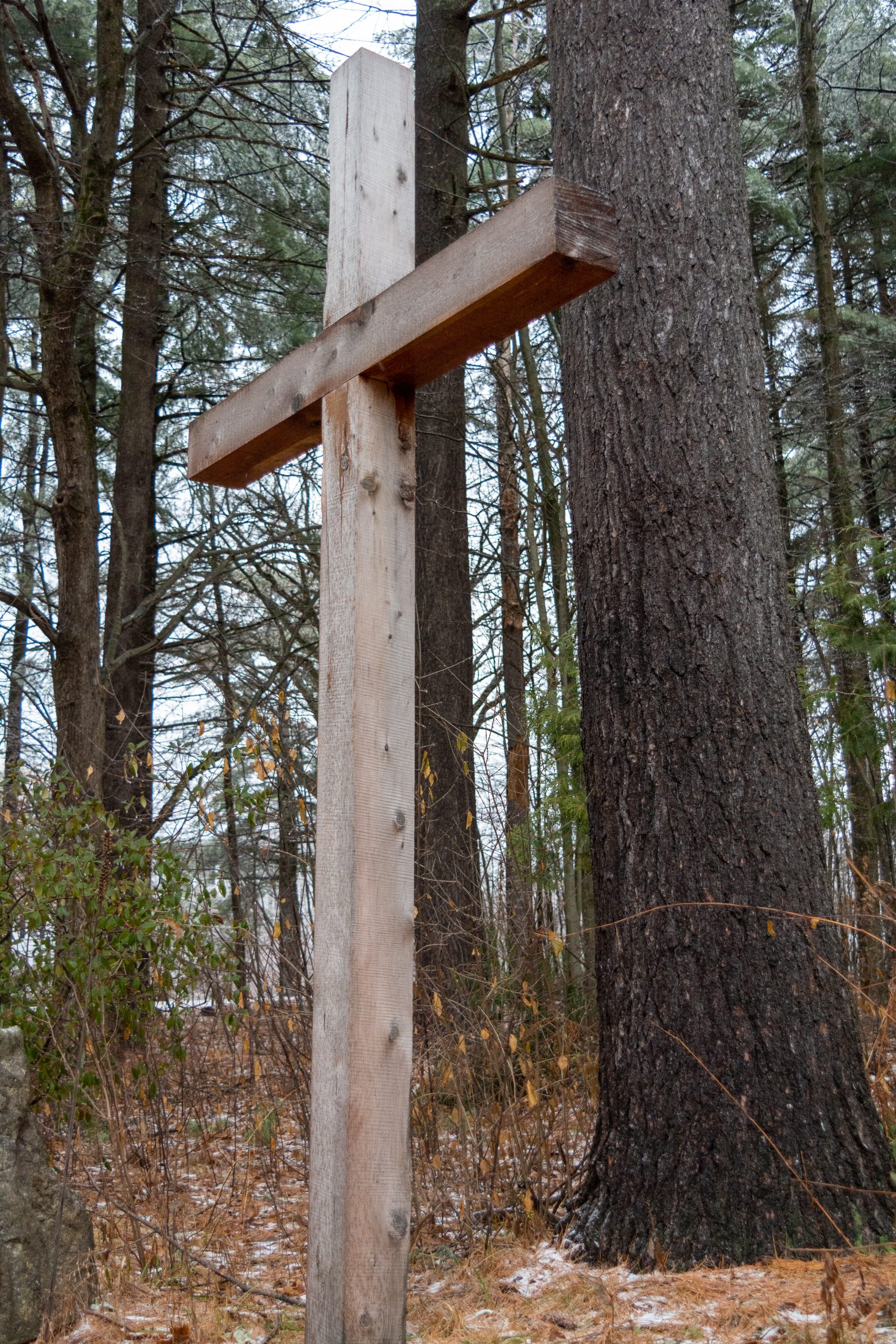 We believe in one God,
the Father, the Almighty,
maker of heaven and earth,
of all that is, seen and unseen.

We believe in one Lord, Jesus Christ,
the only Son of God,
eternally begotten of the Father,
God from God, Light from Light,
true God from true God,
begotten, not made,
of one Being with the Father.
Through him all things were made.

For us and for our salvation
he came down from heaven:
by the power of the Holy Spirit
he became incarnate from the Virgin Mary,
and was made man.

For our sake he was crucified under Pontius Pilate;
he suffered death and was buried.
On the third day he rose again
in accordance with the Scriptures;
he ascended into heaven
and is seated at the right hand of the Father.

He will come again in glory to judge the living and the dead,
and his kingdom will have no end.

We believe in the Holy Spirit, the Lord, the giver of life,
who proceeds from the Father and the Son.
With the Father and the Son he is worshiped and glorified.
He has spoken through the Prophets.
We believe in one holy catholic and apostolic Church.
We acknowledge one baptism for the forgiveness of sins.
We look for the resurrection of the dead,
and the life of the world to come. Amen. 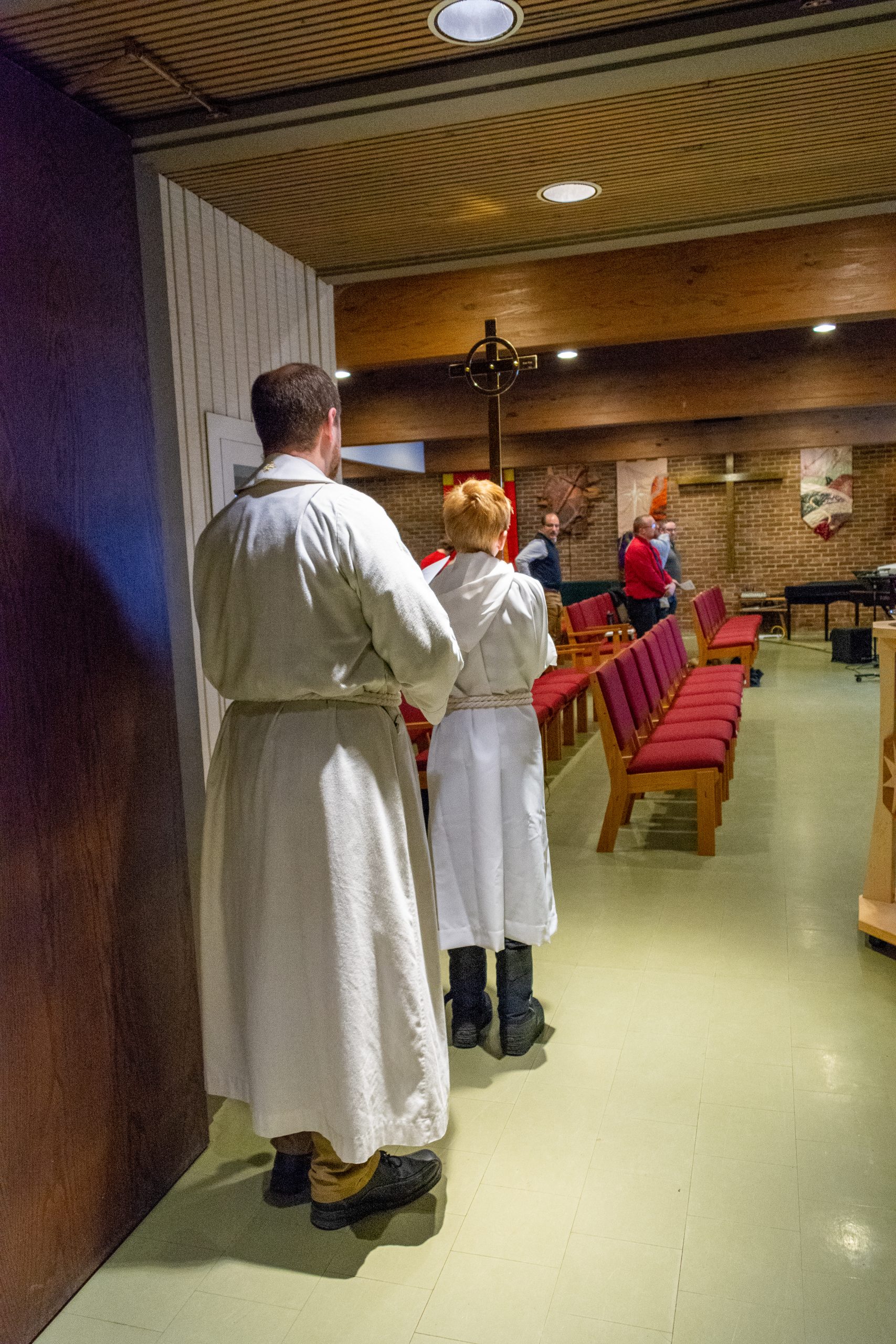 Adopted by the early church

I believe in God, the Father almighty,
creator of heaven and earth.

I believe in Jesus Christ, his only Son, our Lord.
He was conceived by the power of the Holy Spirit
and born of the Virgin Mary.

He suffered under Pontius Pilate,
was crucified, died, and was buried.

He descended to the dead.
On the third day he rose again.
He ascended into heaven,
and is seated at the right hand of the Father.
He will come again to judge the living and the dead.

I believe in the Holy Spirit,
the holy catholic Church,
the communion of saints,
the forgiveness of sins,
the resurrection of the body,
and the life everlasting. Amen. 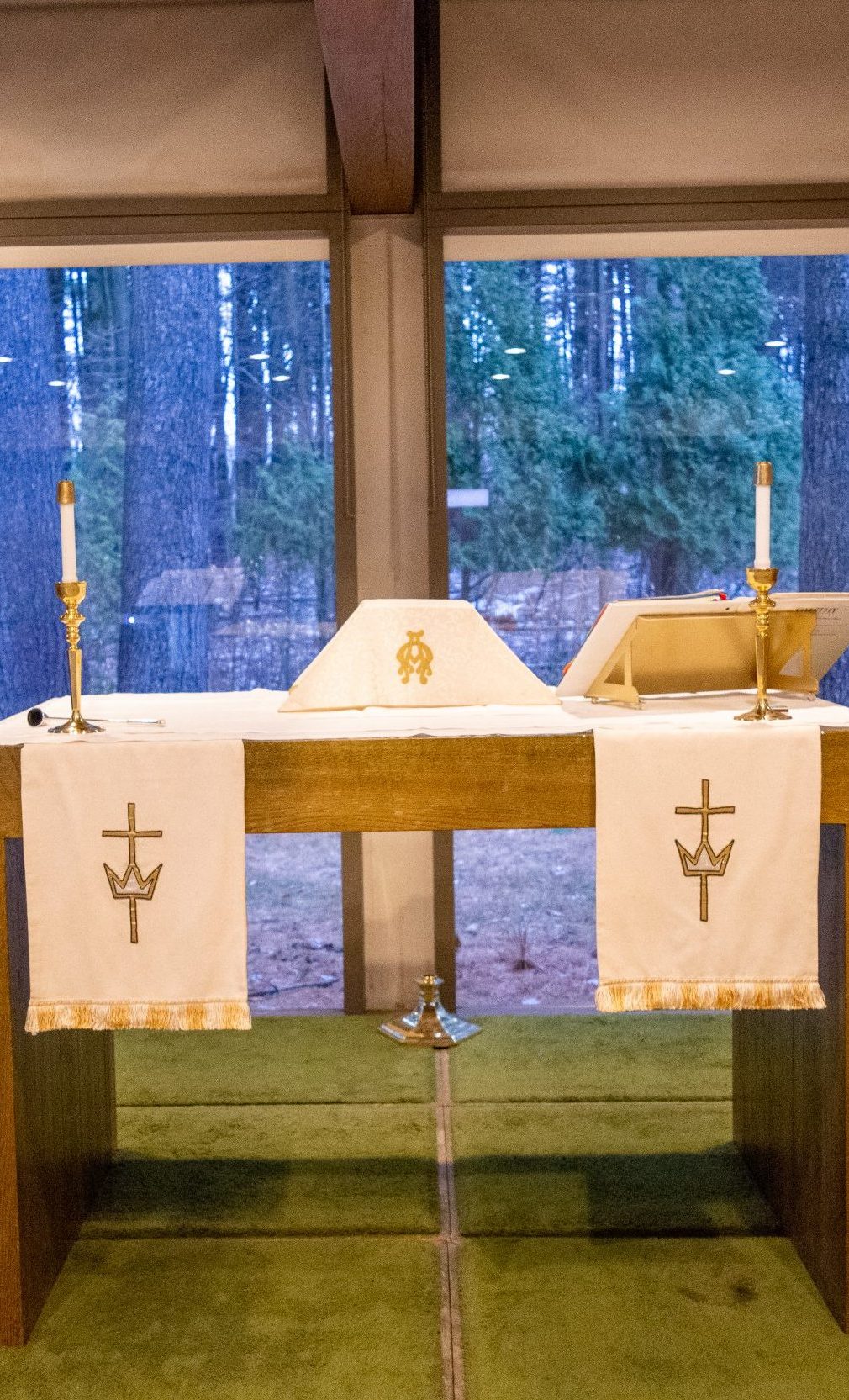 The Trinity: One God, Three Persons

Whosoever will be saved,
before all things it is necessary that he hold the Catholic Faith.
Which Faith except everyone do keep whole and undefiled,
without doubt he shall perish everlastingly.

So likewise the Father is Almighty, the Son Almighty,
and the Holy Ghost Almighty. And yet they are not three
Almighties, but one Almighty.

For like as we are compelled by the Christian verity to acknowledge
every Person by himself to be both God and Lord,
So are we forbidden by the Catholic Religion to say,
There be three Gods, or three Lords.
The Father is made of none, neither created, nor begotten.
The Son is of the Father alone, not made, nor created, but begotten.
The Holy Ghost is of the Father and of the Son,
neither made, nor created, nor begotten, but proceeding.

So there is one Father, not three Fathers; one Son, not three Sons;
one Holy Ghost, not three Holy Ghosts.
And in this Trinity none is afore, or after other;
none is greater, or less than another; But the whole three Persons
are co-eternal together and co-equal.
So that in all things, as is aforesaid,
the Unity in Trinity and the Trinity in Unity is to be worshipped.
He therefore that will be saved is must think thus of the Trinity.

Furthermore, it is necessary to everlasting salvation that he also
believe rightly the Incarnation of our Lord Jesus Christ.
For the right Faith is, that we believe and confess,
that our Lord Jesus Christ, the Son of God, is God and Man;
God, of the substance of the Father, begotten before the worlds;
and Man of the substance of his Mother, born in the world;
Perfect God and perfect Man,
of a reasonable soul and human flesh subsisting.

Equal to the Father, as touching his Godhead; and inferior to the
Father, as touching his manhood; Who, although he be God and Man,
yet he is not two, but one Christ;
One, not by conversion of the Godhead
into flesh but by taking of the Manhood into God;
One altogether; not by confusion of Substance,
but by unity of Person. For as the reasonable soul
and flesh is one man, so God and Man is one Christ;
Who suffered for our salvation, descended into hell,
rose again the third day from the dead.
He ascended into heaven, he sitteth at the right hand of the Father,
God Almighty, from whence he will come
to judge the quick and the dead.
At whose coming all men will rise again with their bodies
and shall give account for their own works.
And they that have done good shall go into life
everlasting; and they that have done evil into everlasting fire.

This is the Catholic Faith, which except a man believe faithfully,
he cannot be saved.